Blocked Eustachian tubes can cause pain, hearing difficulties and a feeling of fullness in the ears. 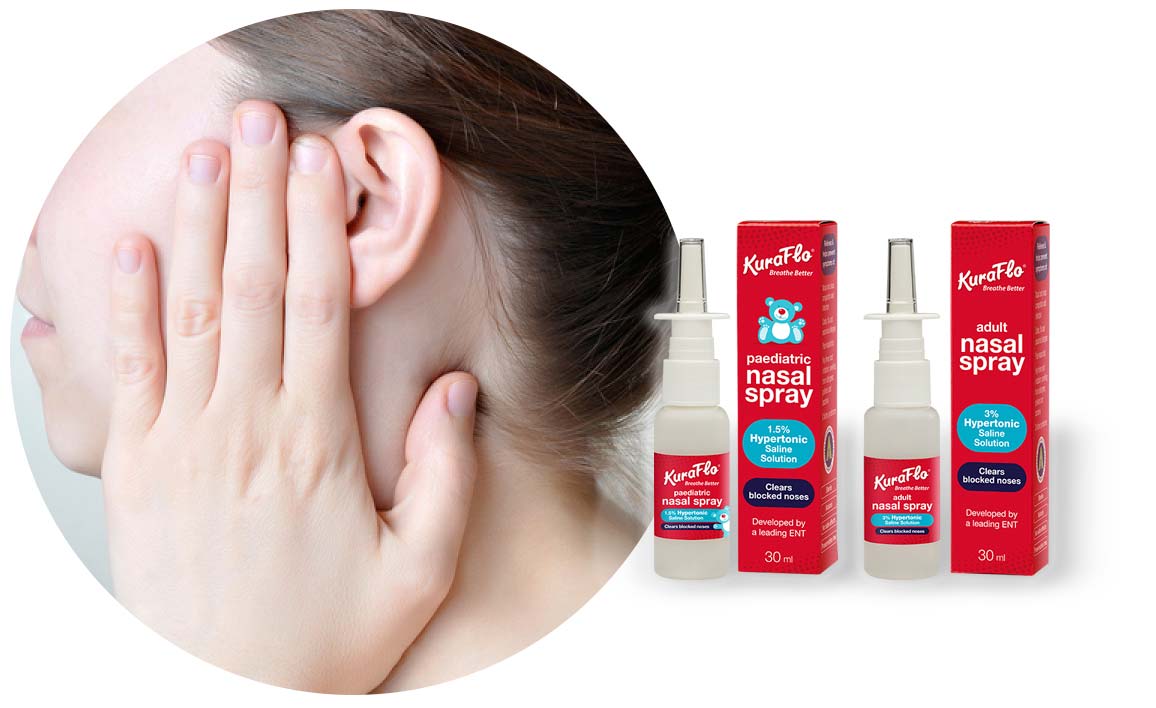 Blocked Eustachian tubes, referred to as Eustachian tube dysfunction (ETD), can cause pain, hearing difficulties and a feeling of fullness in the ears.

Depending on the cause, it may resolve on its own, or through using a hypertonic saline nasal spray like Kuraflo. Severe or recurring cases may require a visit to the doctor.

The most common causes are allergies and illnesses like the common cold which may cause the Eustachian tubes to become inflamed or clogged with mucus. People with sinus infections are more likely to develop plugged Eustachian tubes.  Altitude changes can also cause problems with your ears.

The length of time that ETD symptoms last depends on the initial cause. Symptoms from altitude changes, for example, may resolve once you get back to the altitude you’re used to. Illnesses and other causes of ETD may result in longer-lasting symptoms.

Ear drops will not work as the eardrum prevents anything administered through the ear canal from getting to the Eustachian tube which is situated BEHIND the eardrum.

It may take up to four weeks for the ears to start feeling normal.

If this method fails, speak to your physician.